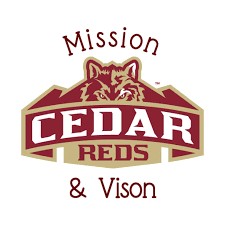 CHS has an enrollment of 1,266 students in 9th-12th grades; with a student-teacher ratio of 22 to 1. 463 students are taking at least one of the 23 different concurrent enrollment or AP classes offered. Cedar High is a member of the UHSAA & offers 27 different sport/activities. CHS competes in Region 10 of the 4A classification.

Born in 1898 as a division of Branch Normal School, what would later become Cedar High School originally operated under the auspices of the University of Utah. But when the responsibility for running the school passed from the University of Utah to Utah State University in 1913, the school became the Branch Agricultural College–the progenitor of today’s Southern Utah University. As the town grew and the number of students enrolled in the school swelled, administrators recognized the need for an independent high school. Hence, the creation of Cedar High School, where classes began in September 1940.

Located on Center and 300 West, this new school could accommodate 350 students. However, by the early 1960s, a student body topping 500 students crowded classrooms and congested hallways. Consequently, the Iron County School District spent just over $3 million to construct a larger high school located at 703 West 600 South. A state-of-the-art edifice, the new school opened its doors for the 1963-64 academic years with facilities for individualized programs for all students. (Although the old Cedar High School served as a junior-high for decades, administrators at Southern Utah University eventually acquired the building and in 2000 razed it to make a new parking lot.)

The growth of the Cedar High School student body hardly ended in the Sixties. To deal with this growth, in 1988 administrators added new classrooms on the south side of D Hall. Expansion continued in 1993, when administrators not only erected the current auxiliary gymnasium, ceramics, woodshop, and commons (now lunchroom) areas, but also added a basement to the school, so opening more classroom space. Taking even more dramatic action, in 1997 administrators sent approximately half of the student body to a new high school, Canyon View High School, built on the north end of town. To accommodate further growth–and to modernize the school’s facilities–the Iron County School Board authorized dramatically remodeling the school in 2010, so launching a two-year construction project updating the school’s lighting, electrical, and heating systems, and adding a suite of administrative offices, a new commons, a band room, a faculty room, and a biology lab.

In 1942 the student council led by president Jay Thorley adopted the name “Redmen” representing the many Native Americans who lived and continue to live in this area. The name was originally chosen for the athletic teams, but over time represented the whole student body.

In the fall of 2018, the Iron County School Board voted to change the Redmen Mascot. A committee, consisting of alumni, community members, administration, teachers, and students, was formed and a new mascot of Reds was chosen to continue the legacy and tradition that so many honor. The mascot logo, a wolf, was chosen by current students at Cedar High School and will be used as the image to go with, Reds reminds all of us of the pride, nobility, and the hard work it takes to achieve success.

The school colors also have significant meaning behind them. Gold symbolizes the sun, representing light and knowledge. Crimson signifies strength and loyalty, characteristics that all CHS Reds should strive for their lives.

When the Reds, our team, is in the game,

And the whole school is fighting to guard its name,

And the Reds yell like warriors as the team goes by,

There’s a victory in the ol’ town tonight.

When Cedar’s banners are waving in triumph o’er the hill,

And Cedar’s cohorts are cheering,

For the Reds have made their kill. (Rah! Rah!)

This day is ours, ours forever. Let victory never fade.

Then rise, rise and cheer boys,

‘Till the winning score is made.